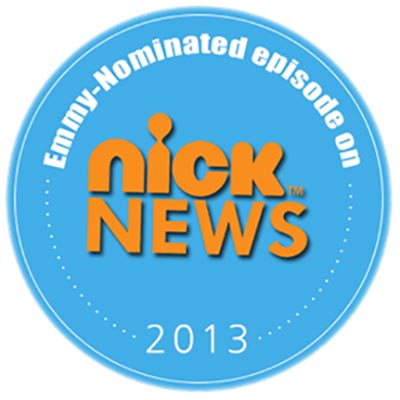 We could not be more honored to have had the opportunity to work with Nickelodeon in the creation of the Nick News with Linda Ellerbee special, “Family Secrets: When Violence Hits Home,” which was nominated for an Emmy Award last week.  The Hollywood Reporter covered the nomination in their article, “‘Nick News’ Special Shines a Light on Childhood Domestic Violence”  The Children of Domestic Violence foundation (CDV) worked with Nick News to help them communicate directly to young people who are either growing up with domestic violence or know someone who is. The episode featured interviews with several children of domestic violence, among them Chelsea, Elijah, and Emily– three of the children featured in our award-winning film, THE CHILDREN NEXT DOOR. The special helps accomplish three critical goals:

This ground-breaking special marks a milestone in the movement against childhood domestic violence. It will help millions discover the Truths and reach their full potential.  We commend Nickelodeon for their courage to air “Family Secrets: When Violence Hits Home,” and we extend our heartfelt congratulations on the Emmy nomination.  We are proud to have been involved in the creation of such a successful program.