Some of Roger’s earliest memories, dating back to the early ’80s, are memories of the many nights of violence at home. Memories that are vividly embedded in his mind, not unlike those of millions of other children of domestic violence. One particular memory, however, that stands out starkly is of one specific night when he found himself, his mother and siblings staring down the barrel of his father’s loaded gun – a night that forever changed his life and who he would become.

After a “routine” night of drinking and fighting, which Roger had grown far too accustomed to, things had gotten heated and quickly escalated, with Roger’s father threatened his entire family with a shotgun, telling them they would all die that hot summer night. After a stand-off which continued for over an hour and a faithful 911 call, stolen while Roger’s father had gone outside to disable the family’s car, Roger’s family was finally rescued by a policy officer nearby. They were taken to the local DV center, where amid attempts to help them, Roger overheard statements about his likely future – which caseworkers and police predicted would not be very different from his father’s.

That faithful night, Roger’s life and future would change, as he made a commitment to be the exception to the rule, defy the statistics and odds stacked against him, and carve out a future very different from that which the legacy of violence had paved for him. That was his burning passion, which fueled the next 20 years of his life.

Today, that goal has manifested in many ways – a cycle broken plus many triumphs and accomplishments that make Roger proud of his choices and the road traveled. That same passion continues to inspire Roger each day, in pursuit of his full potential. Today, he is the first man in West Virginia to have spoken as a Survivor, worked on the Staff of, and served on the Board of a DV program. He works for a child advocacy center and is an outspoken advocate on the issue of domestic violence, speaking out to help empower others. He is also a fitness expert and writer for Bodybuilding.com (the #1 fitness site in the world), which awarded him the highest writing honor in the industry in 2009 – Male Writer of the Year. He also went on to write for Iron Man Magazine and Labrada Nutrition. But the accomplishment Roger is most proud of is being a loving husband and father, deeply committed to his family and determined to ensure the best opportunities and future for his loved ones. 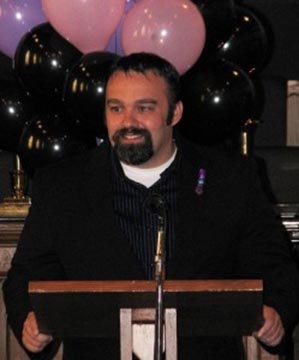 “My life almost ended on that hot August night…” Roger recalls. “But it didn’t. Instead, that night helped me figure out what I WASN’T going to be and what I WAS going to do with my life from that point forward. It gave me a new purpose and will to achieve all I was capable of and to help others in every way I could to do the same – across 2 different industries.” 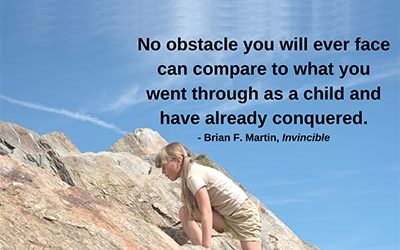